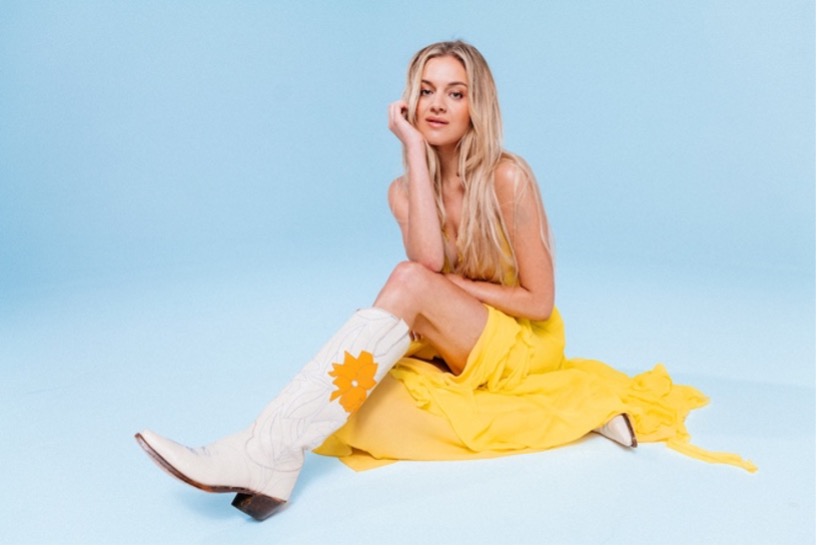 Kelsea Ballerini has consistently made history. With the release of her debut album The First Time (Black River), she became the вЂњonly female country artist to hit #1 with the first three consecutive singles from a debut album.вЂќ This history-making feat helped earn the honeyed alto a Best New Artist GRAMMY nomination. She has logged five back-to-back Top 10 entries on the Billboard Top Country Albums chart, including the platinum-selling The First Time [2015], gold-selling Unapologetically [2017], gold-selling kelsea [2020], ballerini [2020], and SUBJECT TO CHANGE [2022]. With seven #1 singles and 31 certifications from the RIAA to date, her catalog boasts a string of essential smashes such as the double-platinum вЂњMiss Me MoreвЂќ and вЂњPeter Pan,вЂќ platinum-selling вЂњhalf of my hometownвЂќ feat. Kenny Chesney and вЂњhole in the bottleвЂќ with Shania Twain, and gold-selling вЂњI Quit DrinkingвЂќ with LANY. Among dozens of accolades thus far, she has garnered three GRAMMYВ® Award nominations, won two ACM Awards, picked up two CMA Awards, took home the iHeartRadio Music Awards honor for вЂњBest New Artist,вЂќ and received multiple career nominations from the ACM Awards, American Music Awards, CMA Awards, CMT Awards, and PeopleвЂ™s Choice Awards.

Expanding her sphere of influence, she authored her first original book of poetry Feel Your Way Through, and Dolly Parton tapped her to star in the audiobook of Run, Rose, Run. In April 2022, Kelsea co-hosted the CMT Awards on CBS nationwide. On top of this, the multi-platinum country superstar was named the newest face of COVERGIRL. She has joined the brand in a multi-year partnership and is set to launch a cosmetic collaboration with the brand in 2023. She was inducted as a member of the famed Grand Ole Opry in 2019. At the time, she notably became the OpryвЂ™s youngest member in its nearly 100-year history since being founded in 1925. With these accolades, it is no wonder NPR proclaimed, вЂњKelsea Ballerini is definitely one of the most influential women in country right nowвЂ¦ sheвЂ™s defining the sound of the genre.вЂќ

KelseaвЂ™s fourth album, SUBJECT TO CHANGE, arrived on September 23, 2022. The first single, вЂњHEARTFIRST,вЂќ quickly took over airwaves, and was the вЂњmost added song at country radioвЂќ the week of its release. Most recently, Kelsea earned a GRAMMYВ® nomination for вЂњBest Country Solo PerformanceвЂќ for вЂњHEARTFIRST.вЂќ Kelsea Ballerini is ready to continue making history in 2023 and beyond.